They're used in almost every promotional material for Icelandic tourism, and for good reason. They are stunning, seeming almost magical and they often appear when you least expect them. I'm, of course, talking about the Northern Lights, also known as the Aurora Borealis.

The Aurora Borealis, meaning 'Dawn of the North', is probably the single greatest attraction Iceland has to offer.

Not that Iceland is the only place in which you can find them, but thanks to the vast, untamed wilderness we have here and our fortunate location in the upper northern hemisphere you might have better luck looking up at the dancing Northern Lights here than anywhere else in the world. 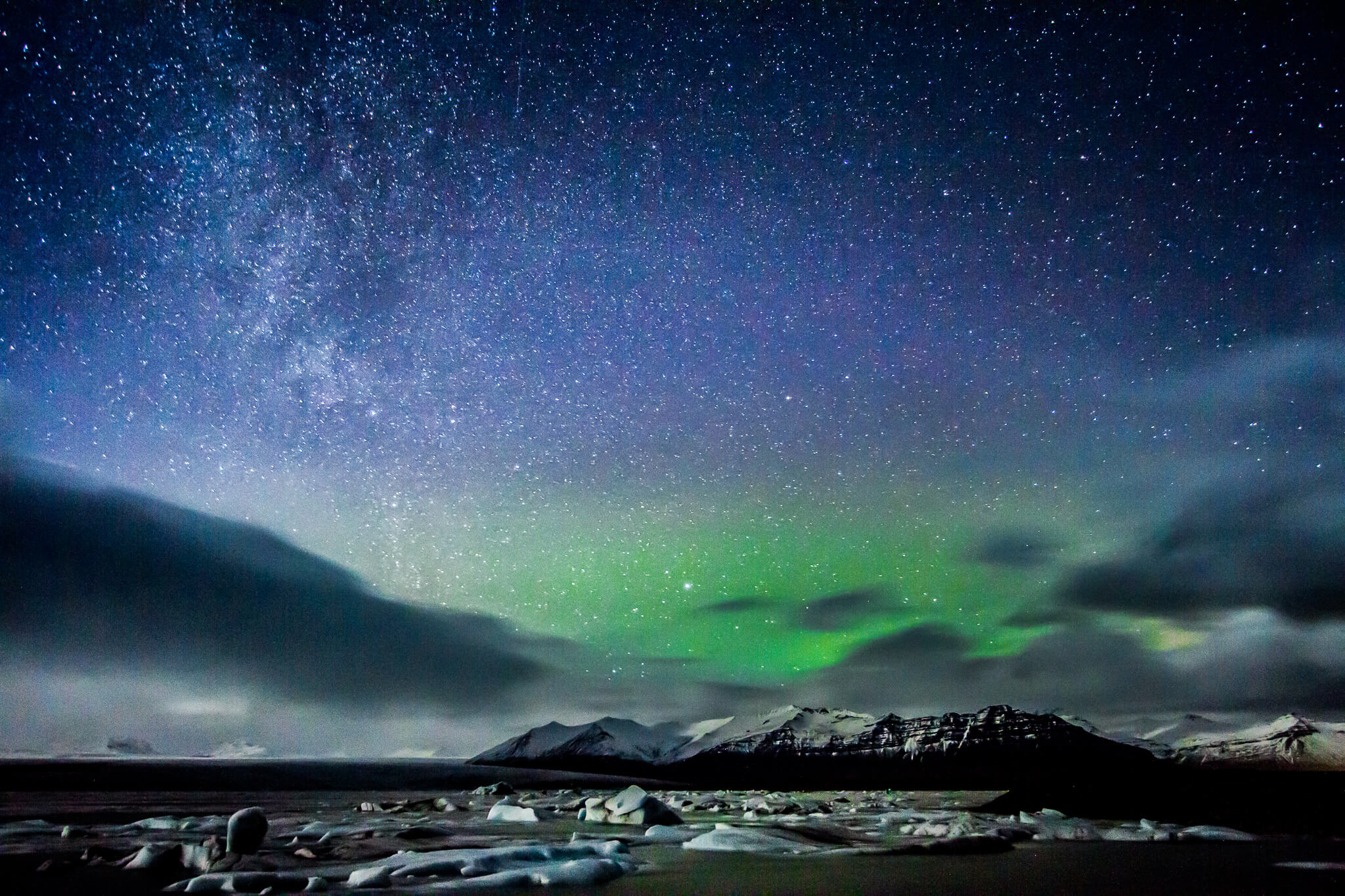 If you're just here for the forecast, then direct your attention to the Northern Lights Forecast below:

Origin of the Aurora Borealis

Did you know that there are also Aurora Lights in the Southern hemisphere? They're called Aurora Australis and you can see them in places such as New Zealand, Falkland Islands, Antarctica and even far south in Argentina.

There were a lot of theories and superstitions surrounding the Aurora lights all throughout history. The Crees in America called them the Dance of Spirits, associating them to the afterlife.

In ancient Roman mythology, Aurora was the name for the goddess of the dawn, the herald that announced the arrival of the sun.

Aurora, together with the Greek god of the north wind Borea, inspired the astronomer Galileo Galilei when he formally coined the term Aurora Borealis in 1619 AD. 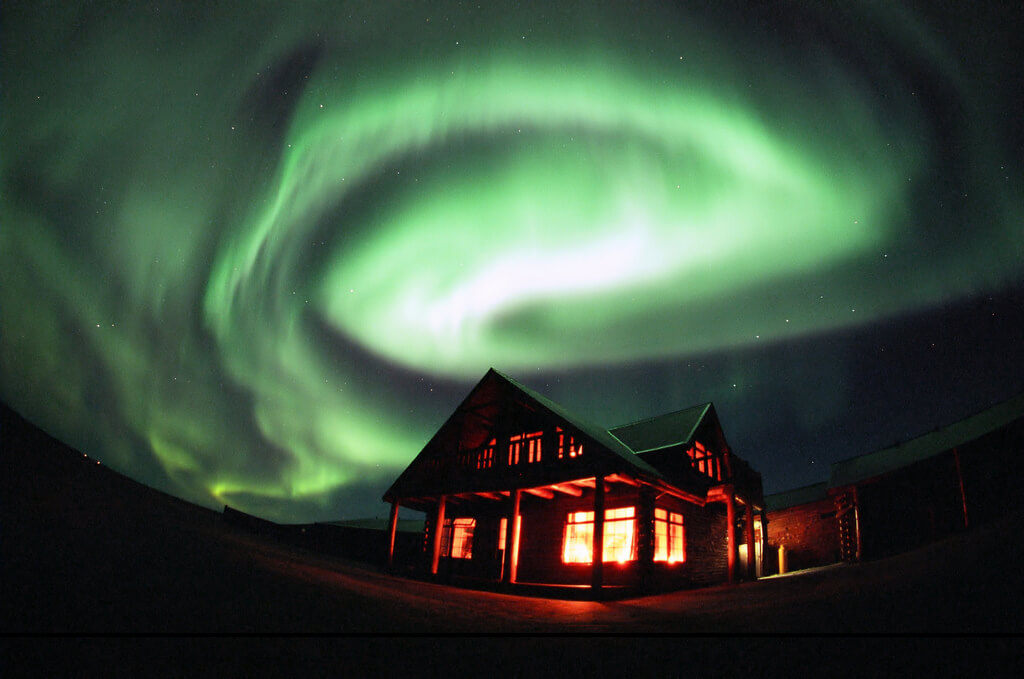 Will I definitely see the northern lights?

You will definitely not definitely see them, if that makes sense. The northern lights are elusive and you may get lucky one night to find them showing off right above your head but usually, it takes a bit of planning and consideration.

Make sure you monitor their activity using the local Weather Reports. The white areas represent clear skies and you'll see the expected Auroral activity in the upper right corner.

Just make sure not to plan your entire holiday around seeing the northern lights. They should be considered an extra bonus to your trip and if you come to Iceland with high expectations you may be propping yourself up for disappointment. 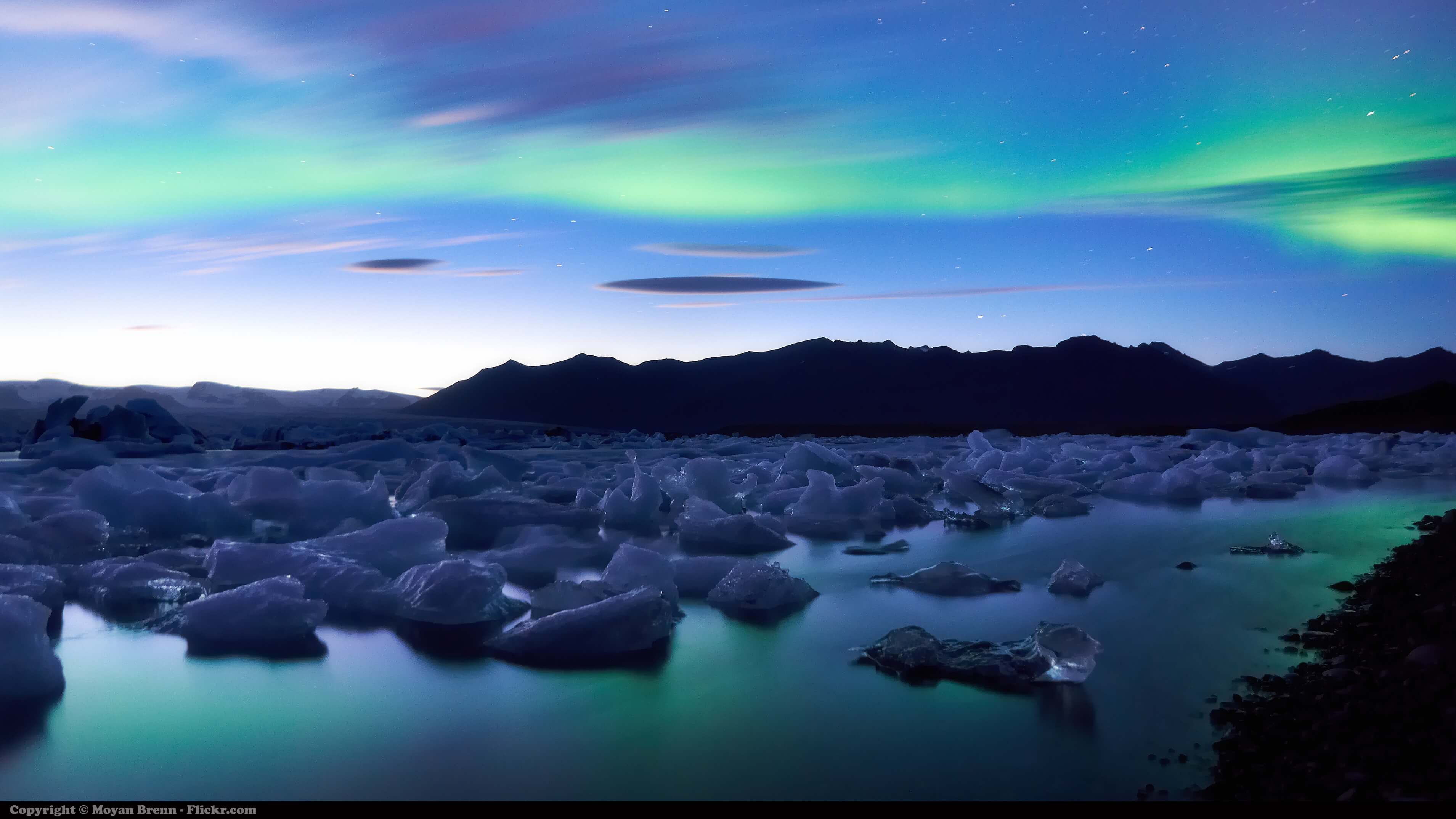 When is the best time to find the Northern Lights?

People say that the peak months for auroral activity are from September to the end of February, but you can easily see them during the other months as well as long as its dark.

Obviously not in July, where daylight spans the entire day cycle but a trip in March, April or August might carry an auroral display waiting to surprise you. 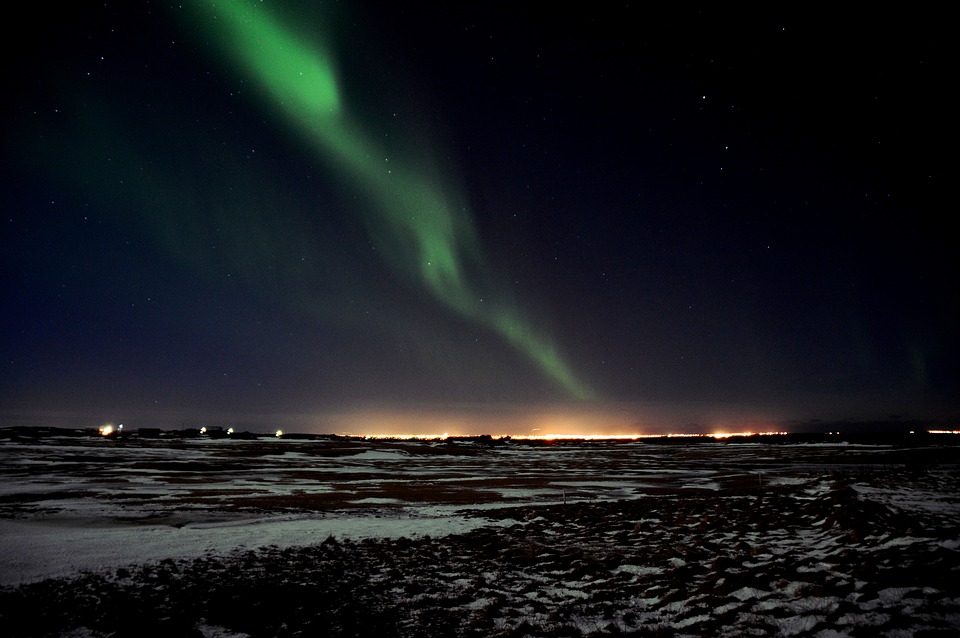 Why are the Northern Lights green?

The lights are the result of collisions between electrically charged solar particles and atoms and molecules in earth's atmosphere.

The atoms get all jittery and excited, lighting up into the northern lights for all to enjoy.

They're not always green, though. The color in the lights is determined by the type of molecules that are colliding at the given time.

A rarer type, the purple or blue lights are produced when nitrogen enters the equation. 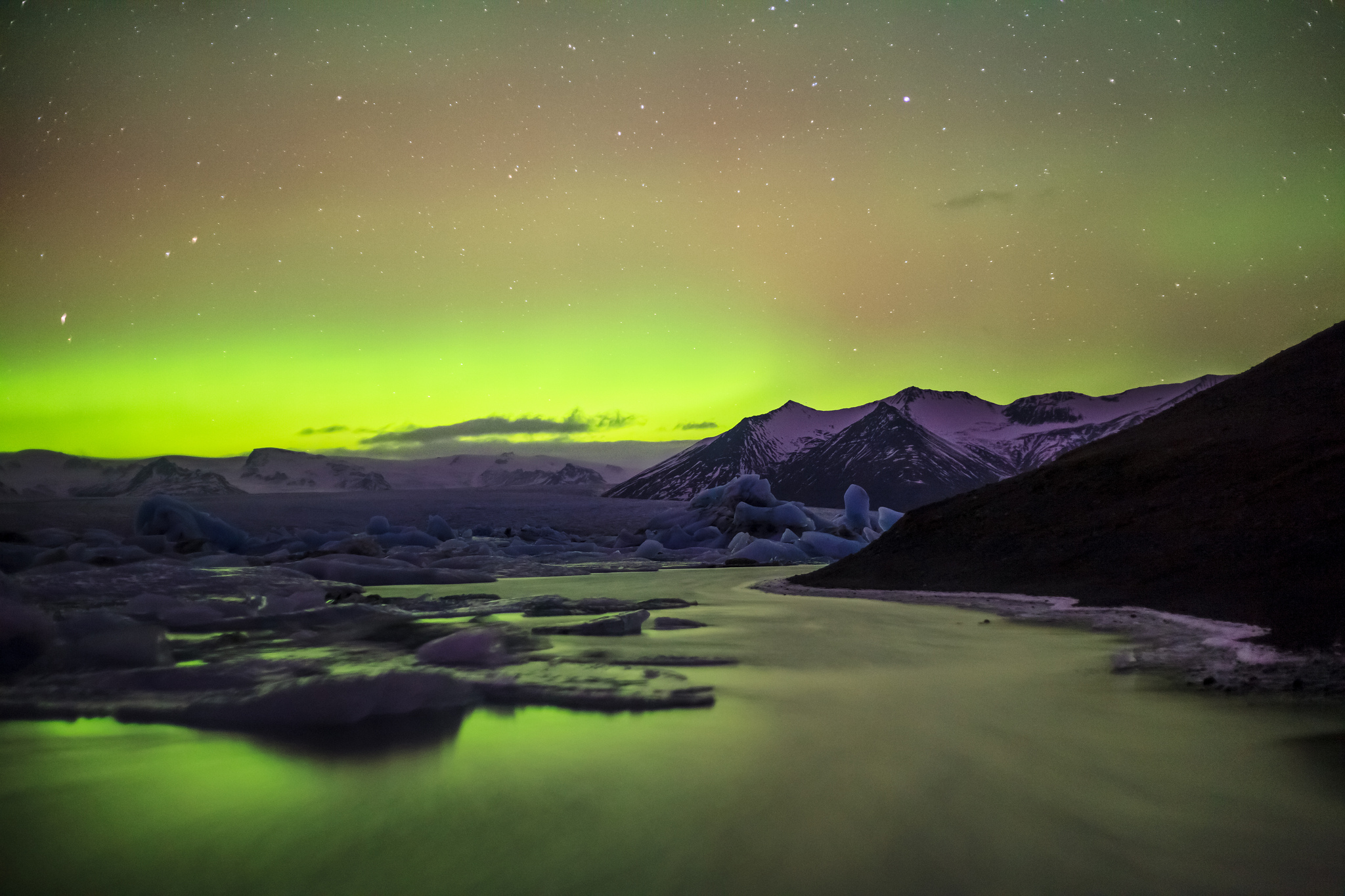 Where to find the Aurora Borealis?

Great question! The obvious answer is, of course, where it's dark, but thankfully if you're here in winter then darkness pretty much covers the entire country.

Even Reykjavík isn't so heavily polluted by light as other cities may be so there's even a chance you might see them on one casual evening stroll through downtown.

The biggest show of lights I've seen happened right in the middle of Reykjavík and it was spectacular!

But seriously, use your imagination. If you're going out of Reykjavík then find a black sand beach and watch the lights dance above the ocean or even climb a small mountain or hill to get some amazing overview shots with your camera.

Got a question about the Northern Lights burning on your lips? Leave it in the comments below and I might add the answer to the article.