Find the Best Prices for Golden Circle Tours in Iceland

Get the best results
Search & compare the lowest prices from the very best tour operators in Iceland.
No hidden Fees
No hidden or added fees. Free cancellations & amendments.
As easy as possible
Simple booking process with instant confirmation and availability from your chosen activity in Iceland.

The Best Car Rentals in Iceland

We are proud of our standards of quality and service and those standards are reflected in what our users have to say about us. Book your rental car with Northbound and rest assured that a strong team of travel advisors is prepared to assist with any of your questions or concerns both before or after your Adventure. #AdventureAwaits

What is the Golden Circle in Iceland?

What will you see when touring the Golden Circle in Iceland?

The Golden Circle is made up of some of Iceland's most incredible attractions, including the Geysir Geothermal Area where you'll find the Strokkur geyser thrust water with a powerful blast up in the sky of up to 30 meters (98 ft.).

Another main attraction is Gullfoss (Golden Falls), the enormous waterfall that leaves you breathless as it tumbles down 32 meters (105 ft.).

And finally, you have the Þingvellir National Park, birthplace of the Icelandic Parliament and the backdrop for several Game of Thrones episodes. The ark is also home to some of Iceland's greatest natural pearls, including the continental fissure Silfra, where visitors are greeted with the opportunity to go diving or snorkeling in its clear-as-glass waters.

What is Part of the Golden Circle in Iceland?

The Golden Circle route includes these three main attractions and other popular detours:

The attractions you see ultimately depends on what tour you pick. Some tours might include only the three main attractions, while others might include that and many more stops and some might even let you experience some Icelandic treats and surprises. We recommend you take a look at each tour closely and see what's included.

The area is named for the largest geyser in the area, known as the Great Geysir. The geyser lies dormant for the time being, with his last recorded eruption occurring in 2009.

Geysir has been known to erupt following seismic disturbances and did so in 2000 when an earthquake rocked the area, causing the geyser to erupt water over 120 meters, officially making it the highest known geyser in the world.

He is the grandfather of all geysers across the world. The word geyser is literally derived from Geysir and the Icelandic word Geysa, which means "To gush".

While Geysir may not be active, another geyser in the same area "Strokkur" is quite active and is known to erupt every 6-10 minutes and reaches heights of 40 meters. 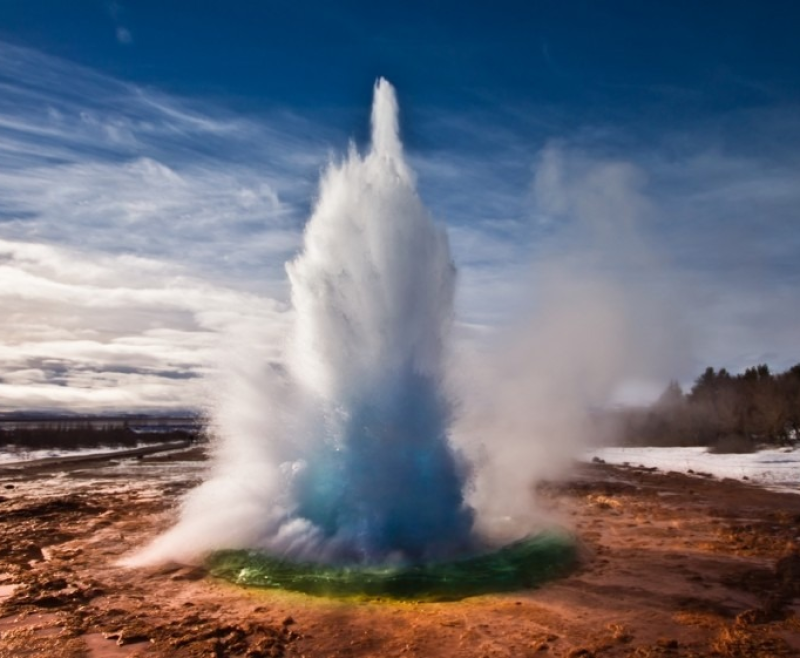 The most famous waterfall in all of Iceland, Gullfoss is a massive cataract fall with a total height of 32 meters over 2 drops and an average flow rate of 140 m3/s.

During the early parts of the 20th century, Gullfoss was planned for industrial purposes, to generate electricity, but due to a lack of funds the waterfall was eventually sold to the state of Iceland and today stands, protected, as one of Iceland's greatest natural treasures. 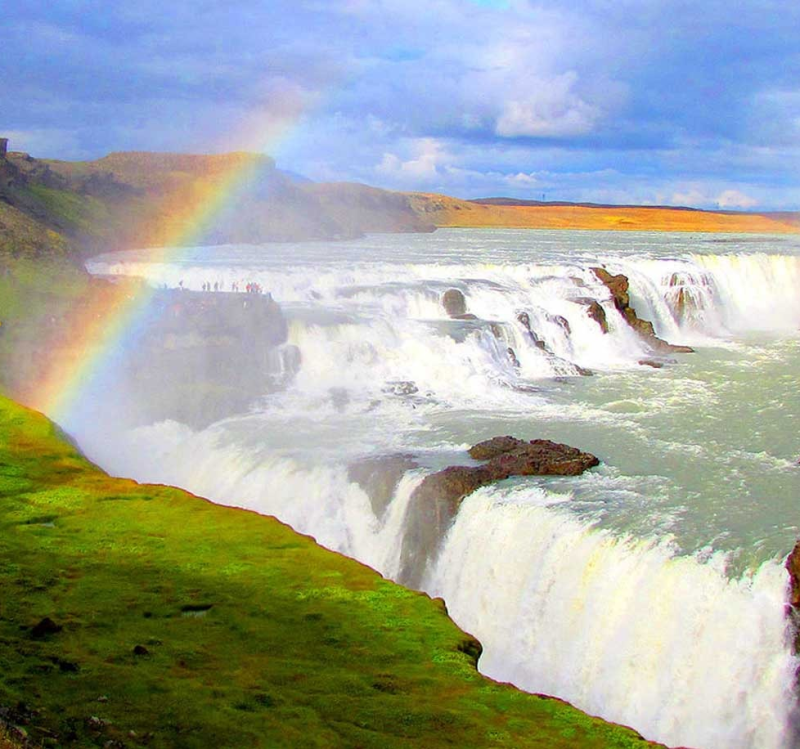 Rich with historical significance, Thingvellir is Iceland's first and most popular national park. The entire area is situated in a rift valley that marks the crest of the Mid-Atlantic Ridge.

Established in 1930, Thingvellir became a World Heritage Site in 2004 and now serves as one of the country's most visited tourist attractions. One of the top activities in the park includes diving in the clear waters of Silfra, a fissure between the continents and one of the world's most amazing dive locations.

How long does the Golden Circle take?

On average, the Golden Circle can take anywhere between 4 hours up to 9 hours depending on how extensive the tour is. You only need 4 hours if you only plan to visit the three main attractions; Gullfoss, Geysir, and Thingvellir, but be sure to leave more time than that if you wish to see some of the smaller detour attractions.

Does Geysir Have an Entrance Fee?

No. Geysir belongs to the Icelandic people and access is open to all who wish to enter free of charge.

If any part of the pipe reaches boiling temperature, then a chain reaction is activated, which results in Geysir's eruption. So, any geothermal disturbance in the area has the chance to potentially affect the temperature and kickstart an eruption.