Road F88 from Road1 to the Askja volcano, via Herðubreiðarlindir to Drekagil, have two large fords and rivers that can be difficult or even impossible to pass. The amount of water in these rivers depends on the weather and temperature at the time. It is not possible to cross them with a small 4x4 and it is strongly recommended that people travel together in 2 or more cars.

If you are going to be visiting Askja and you do not have a big enough vehicle or you are not used to driving mountain roads, crossing fords and rivers it is probably wiser to take the F910.

Rivers: Unbridged rivers that can easily get more than 1 meter in depth so do not attempt to cross with one car, or during heavy rain.

Fuel Stations: Extremely limited. The nearest fuel stations are at Lake Mývatn and Egilsstaðir. It is not recommended to drive with anything less than a full tank.

Askja caldera is located in the Vatnajökull National Park and is a part of the Dyngjufjöll mountains that emerged in an eruption under an Ice Age glacier cap. Askja was formed in a major ash eruption which caused the roof of the magma chamber at the heart of the central volcano to subside. Another volcano in Dyngjufjöll is Víti, an explosive volcanic crater. Víti is a popular bathing site, the average temperature is 30°C if you decide to go for a dip you will need to be aware that the sloping path can get very slippery in wet weather.

A big 4X4 vehicle is a must to be able to cross the rivers and fords. 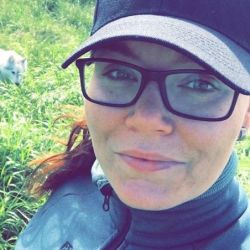