A Guide to Thingvellir National Park

Þingvellir National Park (also spelled as Thingvellir) is one of Iceland’s most visited sites, and once you spend some time there, the reason why becomes very clear (almost as clear as the rift’s water!). Filled with breathtaking natural vistas and manmade heritage alike, it is also home to the Alþing (Althing), the ancient site of the country’s parliament from the 10th to 18th centuries.

Icelanders are understandably proud of Þingvellir, and it is the sole Icelandic UNESCO world heritage site on the mainland. It’s also notable for its inclusion on the iconic Golden Circle route (along with the Haukadalur Geothermal Valley and Gullfoss Waterfall).

Whether you are visiting Reykjavik on a short layover or you’re spending three weeks traversing the entire ring road, Þingvellir National Park is a must on any Iceland itinerary.

Getting to and from Þingvellir National Park

Þingvellir is dotted with the ruins of stone structures, massive magma fields and
breathtaking nature everywhere you look, and so it’s no wonder that so many tourists make the short journey here from Reykjavik. It’s easy to spend the entire day here, and while many tour companies offer itineraries, hiring a car and making your own way is always a better experience.

From the capital, you simply take Road Number 1 north until you drive through the Mosfellsbær. After Mosfellsbær, take your first exit on the right onto Road Number 36 to Thingvellir. The driving time is around 40 minutes, and the road conditions are usually excellent, as they are plowed nearly every day of the year. The cost to park at the site for the entire day is only 750 ISK (approximately $7 USD) – not bad!

The first thing you’ll notice when you arrive is the stunning aesthetic beauty of your surroundings. Magma fields dripping with moss, glacial springs, and majestic mountains tower around you, the result of the park’s most curious attraction: the exposed North American and Eurasian tectonic plates.

As the park sits in the rift valley between the plates, it is a geographical wonder. It is a landscape of deep fissures, idyllic ponds and rivers, and the massive Almannagjá rift.

The History of Thingvellir National Park

Þingvellir roughly translates to “Fields of Parliament,” as it was here that the country’s (and one of the world’s!) first elected parliament began meeting all the way back in 930 AD. While it seems a bit strange that the legendarily violent Viking clans would want to live under a democratic government, the first meetings were such a success that the tradition endured.

Þingvellir was the site of the foundation of the Icelandic Commonwealth in 930 (before Iceland swore fealty to Norway in 1262), and remained the site of Parliament until 1798.

Pious Icelanders regard Þingvellir with extra importance, as it was here where the country decided to officially end their belief in the pagan Norse Gods and adopt Christianity. The fact that this was done under the threat of invasion from Norway doesn’t dampen their faith!

The formerly pagan law speaker Þorgeir Þorkelsson made the decision official by throwing Norse idols into Goðafoss: the ‘Waterfall of the Gods.’

Things to do at Þingvellir National Park:

As you can see, there is no shortage of things to see and do in Þingvellir National Park. Whether you are interested in experiencing nature, history, adventure or religion, there is something for everyone.

While it appears on the itinerary of most tours, visiting on your own with a rental car is often a much better way to explore the region. 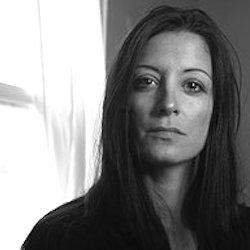